To understand the graphs and evidence, you need to know how the BGS (Back Ground Simulation) works. A war starts automatically if two factions are equal in influence.24 hours after a faction reached the same influence in a system, the BGS put both factions to war.As player faction you can force this if you gain actively influence to the same level of the other faction. This is an pro active process, it does not happen by itself. You can also avoid as non leading faction by just keeping your influence stable (usually by four-five missions a day). SEC: Simple Elite Corps, INARA,

END_OF_DOCUMENT_TOKEN_TO_BE_REPLACED 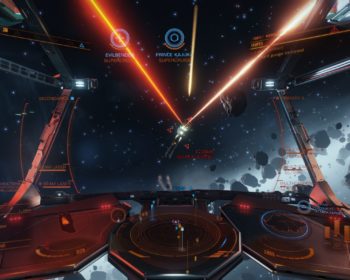 at 1 February 3305 CCN started a non-declared war against SEC in TIR (Colonia). They attacked us shameless out of the shadow. The first two days we suffered heavy losses. Then our distress call has been heard by many Commanders and our wings from the bubble arrived. Since we were able to strike successfully back, CCN attacked our home system Kajuku in petty revenge. Kajuku will go to war at 6 February 3305. This is a clear violation of the Jaques accord which says “Home systems are of limits to take-over attempts”. The rules in detail: We will not attempt